A report from an influential cross-party group of MPs has highlighted the potential for remanufacturing, as a way to reduce both costs and carbon, with refrigerated display cases selected as a key area for improvement.

Remanufacturing – defined as “a series of manufacturing steps acting on an end-of-life part or product in order to return it to like-new or better performance , with warranty to match” – will offer a much better environmental option than either sending products to landfill or disassembling for recycling, the MPs say.

The report, Triple Win: The Social, Economic and Environmental Case for Remanufacturing, makes a series of recommendations for industry, national government and European government alike.

The authors, the All-Party Sustainable Resources Group and the All-Party Manufacturing Group, see potential to effectively create a new sector that could provide jobs, prosperity and a reduced carbon footprint for those involved.

One of the report’s key aims is to promote remanufacturing as a high-value alternative to simple recycling – extracting the component materials for re-use, as well as to emphasise the difference between remanufacturing and ‘refurbishment’, which has in too many cases become synonymous with merely touching up paintwork.

Significantly, the report highlights the opportunity for the refrigeration sector, particularly refrigerated display cases, because they are assembled from interchangeable components and their carcass requires refurbishment at relatively frequent intervals.

The report says: “Refrigerated display cases are being remanufactured, albeit at a much smaller scale than is potentially possible. Remanufacturing of display cases largely involves remanufacturing the core body and engine of the product, while refurbishing the exterior design to match the demands of the client.”

At the point of refurbishment, the remanufacturer can refurbish the display case, while having components such as fans and condensers replaced for new, at around 80 per cent of the cost of a new case, while reducing the carbon footprint for the owner and in all probability, reducing the cost of disposal to landfill as well.

A further opportunity, however, is the chance at this point to upgrade the cases to more efficient, ‘best-available’ technology, such as replacing with energy-efficient EC fans. The result, then, could be a more efficient case at a lower cost of buying new, with a warranty supplied to match.

Cabinet specialist The Bond Group, which is leading the push for refrigerated case remanufacturing in the UK, makes the case that a single cabinet can be remanufactured four times on average, and that its remanufactured cases are tested to the same standards as new.

The report notes that around 87 per cent of the estimated 800,000 display cases in the UK are disposed to landfill, despite the fact that half of these are physically still capable of being remanufactured and resold.

Currently, however, only a minority of supermarkets are pursuing remanufacturing as a policy for their cases.

To overcome inertia from customers, Bond has been working with London South Bank University on a carbon calculator that will allow end-users to dial in the specifics of their cases and produce data on the carbon savings, which can be included in their CSR reporting.

The EU does not include remanufactured appliances in its Energy Labelling legislation, preventing a simple energy efficiency comparison with new equipment. That is something the UK government is lobbying the EU for.

But beyond carbon advantages, remanufacturing also introduces the possibility of introducing a leasing framework, allowing retailers to operated their ‘fleet’ of cabinets in the same way that one leases cars – paying a set fee for a ‘lifetime case’ that includes ongoing repair and upgrading.

Bond Group chairman Chris Woollett, who won a Gold Award at the Cooling Awards in 2013 for his efforts in advocating remanufacturing, said: “Remanufacturing offers the chance to divert a huge amount from landfill, and to save money. What is stopping people?” 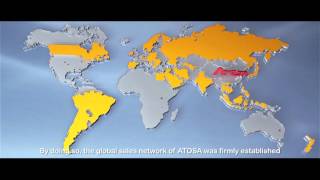 Essential and Affordable Equipment for Convenient, Grocery and Butcher Stores